Now lighter I took a step somewhere I was going, the streets
parted by a building with a face, and it was 1, noontime, hills
I could remember were definitely in the distance, climbers
you could hear in conversation, the reflected thump of
soccerballs, guides with flags or umbrellas, I remember
that it is moving day, you must meet for lunch, muttering
now, you know, snaps, clapping, it is another
way of saying that what happens next can’t be
seen, whiskers of ironwork form ferns and ivy, cast a complex
shadow over lots of hours: Please say something more, I’m
asking, please tell what comes next, but in a dream it hums and
refuses; dream does nothing, it is either gray
or gleaming nights and someone comes forward in such a
suit, someone is a sparrow or the muse, and I retreat, I mean
in the face of knowledge you can only
feel very sorry. For happiness and unhappiness
are the two proverbial verbs that fly together
and there is such a thing as The Past, so I
may know it, I may be certain of a thing. If someone pretends to hurt
me, I look away into a mirror. “It’s called thinking,” I say and
wash my hands. If ever there were a reason to look up let’s
look down, I’d say. I’d talk into a handheld recording device, yes
that is one way I would do it if … if …
It is late afternoon, I walk where I am meant to go though
it is late, I used to hate being encouraged by others to use what little
talent I had because I thought this would ruin my chances at
being really great at anything, and the person who speaks first at my
appointment is a florist, and she sells
grasses and tulips, she is saying that if she were
a writer, which she is not, she would just speak into a microphone and
later transcribe whatever she felt like saying. She must have
said that, though, “whatever she felt like saying” for I was
glad for her, for I knew she would be a very great writer
but she chose not to be one at all, because of her understanding
that it’s all very well and good, even if all the while you
imagine someone might draw apart the blinds, his expression like a
wave cresting at the mouth, new flesh, and the promise not of
happiness but of attention, adoration, sense, like …
like, not long ago when I felt little or no fear and saw the outline, a
face in profile weirdly twirling on a dangling length of wire, yes, at
this time, not long ago, I became not a singer but someone
who could hear the songs that are misplaced in things, a burden
I guess, but my suburban routes were never good ones, like,
the broken pen in the dirt with its chant about
blue, was I imagining this, was I mad. But the sun was already up, so there
was no denying that time at least was passing, and elsewhere everyone
went on. I did not want to stop them from doing so
Please let me tell you, far be it from me. Thus I stood aside and let
the passerby pass me. I let whoever develop one’s career. This was not
merely right and fitting, it formed an integral part of the larger
story I was telling, an essay titled, NEW EARTH, and there where
you told me I was forgetful, I smiled. What could have led me to react in such
a fashion I don’t know. What I do know is it was summer,
always summer, whenever you felt brave and said a thing to me

Link to the poem here. 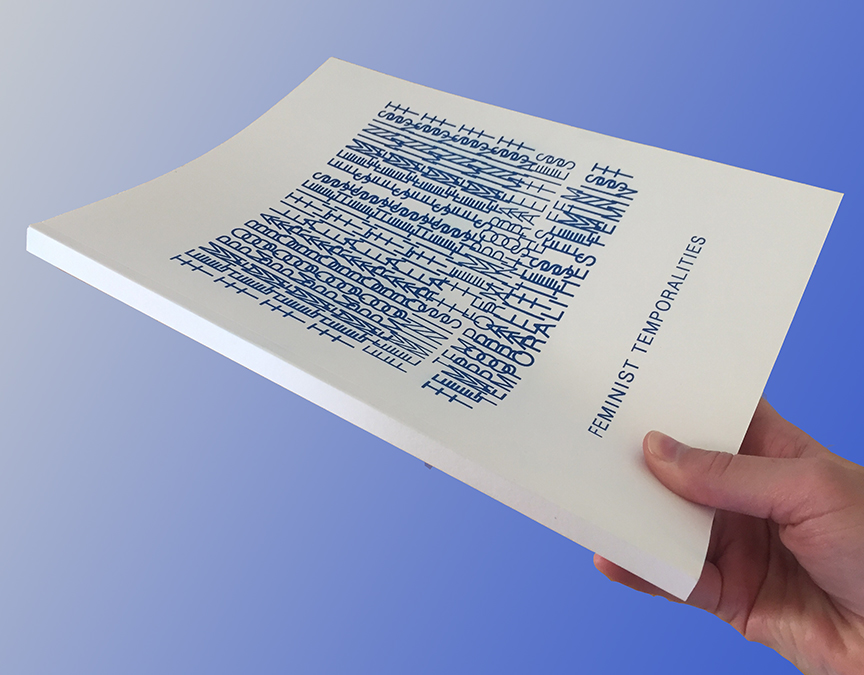 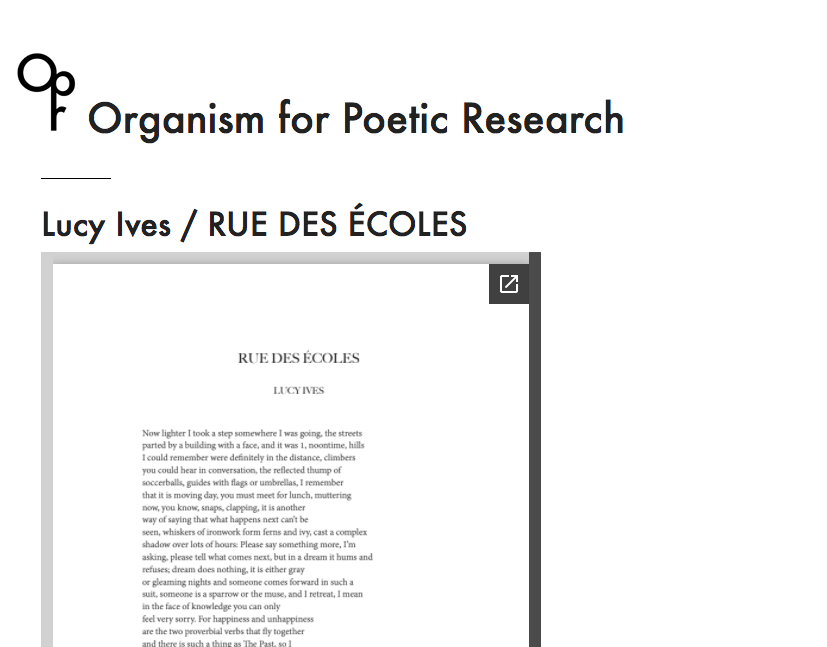