I THINK OF the aphorism as a sympathetic form. The aphorism is succinct, correct. It slinks shut, sometimes with a little snap or tone. Its brevity is a performance and thus requires skill, also a source of its sympathy. Something (even a great deal of something) has been left out, but the aphorism is not merely or only a fragment or piece, something bit haphazardly off from something else. The aphorism is careful, rather than abrupt, and frequently warm. It is, as they say, lively. “I am dynamite,” says Nietzsche. “I’m like the animals in the forest. They don’t touch what they cannot eat,” says Karl Lagerfeld. “In love, he who heals first, heals best,” says La Rochefoucauld. “My vagina hurts when I watch gymnastics,” says Chrissy Teigen.

Wayne Koestenbaum, poet, novelist, and critic, in his recent The Pink Trance Notebooks, says, “— don’t / keep saying ‘Stabat Mater’ / as if it meant anything —.” Also: “I wrote / down every word the / drunk jocks muttered.” “I am the love / child of Las Vegas / and Belarus.” “I made a film / (Warhol-style) of the child / psychologist and me / orally grappling.” And: “am I / squirrel-like?”

Aphorisms please us. Aphorisms are literary. They end quickly. However, their boundaries are somewhat trickier to establish than one might imagine at first glance, and it’s in this that their peculiar literariness inheres. Literature’s transgression of boundaries (legal, generic, national, stylistic, etc.) allegedly establishes its value and/or goodness. This is the reason we like writing that is literary rather than not, that is not, therefore, purely professional, scientific, didactic, legal, personal, academic, commercial, factual, or whatever else. As artist and critic John Kelsey noted a few years ago, one can hardly be blamed for thinking that literature, in all its liberation and excess, has already been obviated by something called the internet!

As it mobilizes and gains speed, art becomes a lot more like what literature once was (which is a strange thought now, when literature is itself being superseded by digital culture): in its time, literature was a massive info leak that eroded disciplinary hierarchies, overflowing national borders and property lines alike.

“In its time.” I think about the collaborative project of the Athenaeum, a literary magazine put together in 1798 by the Schlegel brothers, August Wilhelm and Karl Wilhelm Friedrich, two key Romantics. Romanticism’s revolutionary republican, a subject by natural right, required a new mode of literary authority, with the result that the Romantic author styled himself “a massive info leak” — much as Philippe Lacoue-Labarthe and Jean-Luc Nancy maintain in their work on “The Theory of Literature in German Romanticism,” The Literary Absolute. With the adoption of the aphoristic series, experimental writing becomes exciting to both writer and reader on account of this writing’s incompleteness, its interest in futurity, its individuality, and its allegiance with process rather than fixity. Or, as the poet Novalis informs the reader of an odd, aphoristic series published as “Blütenstaub” (Pollen) in the first issue of the Athenaeum, “The best of what the French won in their revolution is a piece of Germanity.” A magic genealogy imagined here, in which France’s revolutionary war at home wins it a piece of foreign spirit (if not soil), is made plausible through literary induction. Novalis maintains, “It is a matter of course, for we stand on exactly the road the Romans arose from.” Because Germans are aesthetically linked to Roman mores, republicanism is also German, as is — the reader triumphantly discovers — la République. Romantic literature permits a specialized and nearly nonsensical synthesis, i.e., “France is German,” that is also an overflow of other disciplines, of other criteria for truth — or, as Paul de Man fastidiously puts it, “the continuity of aesthetic with rational judgment […] is the main tenet and the major crux of […] ‘Romantic’ literatures.”

Whether or not it now makes sense to view the discursive syntheses of the World Wide Web in a similar light (i.e., as somehow like art, which is somehow like literature, which is basically Romantic), not least of all because of the existence of algorithmically generated hierarchies, the question of a link between literature’s abilities or ambitions and republicanism remains — as does the question of what literature may, more generally, do or say and for whom. Without taking Kelsey too much to task, it hardly needs to be said that definitions of literary value that depend upon Romanticism are probably incomplete.

Enter Wayne Koestenbaum. Or not, “Enter Wayne Koestenbaum,” because I’m not sure Koestenbaum shares my weird dread that literature may one, not exist, or two, be the inherited fever dreams of a bunch of second-rate philosophers, but enter Wayne Koestenbaum anyway, because Koestenbaum has some very interesting ideas about how to combine aesthetic and rational thought and has placed many of these thoughts in a book called The Pink Trance Notebooks, a series of poems that take the form of lineated aphorisms. These aphorisms are witty, have music if not rhyme, and are occasionally quite visually precise. They combine the sometimes painfully personal with erudition and wit. Re: my aforementioned dread(s), Koestenbaum seems to suggest that I could consider asking myself, “Why do straight men / want to hang out with me? / Why does the Iliad exist?” Good questions.

Like the fascinating rubbish tips that have collected on the ground in a brief metaphor in a certain dodgy English translation of Lacan’s essay on “The Mirror Stage,” in The Pink Trance Notebooks well-turned phrases of diverse origin have been let fall. Choice aphorisms seem to have dropped into a series of notebooks in the course of the writer’s approach to an image of himself. We do not know what the writer’s image looks like except in some screened, flickering, or otherwise transitory view. (Possibly there is no monolith, anyway.) Advice as to whom we’re dealing with, what sorts of men, women, art, and gestures he likes, is always partial; always displayed as non sequiturs, small flags, signals, lines. I would hesitate to call this code, since the rhetorical dynamic is not one of replacement of one thing by another but rather replacement of any feasible or conceivable whole by a sidelong glance, a flash, a sinew. Yet the synecdoche bears a “natural” affiliation with some environment. A whole social life, a whole life, flows on behind these glances. And there is a sense that the eye that beholds what is here also squeezes, flexes a bit, recombines, palpitates something that is, as in that cliché, fugitive. But like most clichés, it’s not just that.

A number of authorities have remarked that time may have two valences rather than three. In other words, that the division may not be between past, present, and future, but rather between the fixity or relative knowability (of course, debatable) of the past and the virtuality of just about everything else. The present is constantly unfolding and therefore impossible to freeze, still, or otherwise capture. The future, meanwhile, is an irrelevant puff of ether, a nightmare or fantasy toward which we are all, if the calendar is to be believed, inexorably drifting. Yet Koestenbaum’s poems seem to have felt, rather than everybody’s everyday speculative dread, a temporal split, and on a daily basis. They dispense with the dumb dream of the future and peruse the present’s extraordinarily limited depths. Smallish (though neatly organized into larger units via notebook), they seem to have been written in — or on, or with — a quite particular portion of the present’s inexhaustible not-quite-yet-ness, the side that kisses the past, and this is why, I believe, we see the word “trance” in this collection’s title, or, rather, why these are trance notebooks rather than notebook notebooks. One does not get to inhabit the queer aspect of the present, its virtual, glowing, ebbing outline, while making a rational spreadsheet at high noon, socialized in a budgetary meeting, sunlight roaring in through the floor-to-ceiling windows, wide awake, and perhaps, because one is so conscious, enjoying some cold-pressed beet juice. (Of course, bright sun can produce its own delirium.) No, because no matter how awake one may be in this scenario, no matter how pink one’s juice, this is not where the present lives. The present is a nothing; it is also all there is (“preemptive / Kaddish for the not dead,” Koestenbaum begins one vignette). The present’s wildness, its unsuitability for codification as knowledge or fact, also suggests the need for trance, as well as the need for synthesis.

I like the notion that trance — being another German import, musically speaking — could displace the sublime. People have spanked the sublime pretty thoroughly of late and, from what I can tell, dispensed with it; but the German Romantics, those so deeply invested in the literary aphorism and that form’s bizarre borders, of course cherished sublimity, with its simultaneous pain and pleasure, its symmetries of annihilation and incontrovertible presence. And I think the Romantics’ desire for an aestheticized language of republicanism, one of magic synthesis, remains a significant object lesson. We have, at any rate, arrived at a moment in American poetry (apologies for the nationalism) at which certain long-cherished questions of address and form are no longer enough to help us out. So-called “conceptual poetry,” whatever this term means, which was apparently designed to give equal traction to all persons with browsers and word-processing software, a highly reasonable aesthetics if ever there was one, has devolved into an attempt on the part of the usual suspects to leverage the commons, if not history itself, during the course of yet another academic conference. Meanwhile, for all the reasons that the lyric has traditionally been disappointing, the reasons Adorno suspects that the lyric’s “own principle of individuation never guarantees the creation of compelling authenticity,” the lyric is still, like your sexy pizza slice costume, failing to impress universally and unequivocally this fall.

The trance state is one in which we are led; we slough off the limits of agency in favor of becoming not one, but n+1 (with apologies to the magazine, whom I don’t mean to invoke). Entranced, we are in the sway of some unknown — or, depending on the kind of trance, some known — other. Rimbaud, famously: “Je est un autre.” But Rimbaud was only drunk. The trance state is not a pronominal exchange; it’s an encounter, an ecstatic combination rather than a coma, renunciation, or switch. Speaking of the lyric, Koestenbaum asks, “Is Whitman pro-onanism / or anti-onanism?” He answers himself, “Obviously / both, Whitman is / pro-bowel.” One could call this a question of profundity, or one could read it as the announcement of a poetic mode that has always, for excellent reasons, been just a few steps ahead, as well as just out of reach, of the ideological quandaries Romanticism so agonizingly and so ecstatically thought to make us care about. 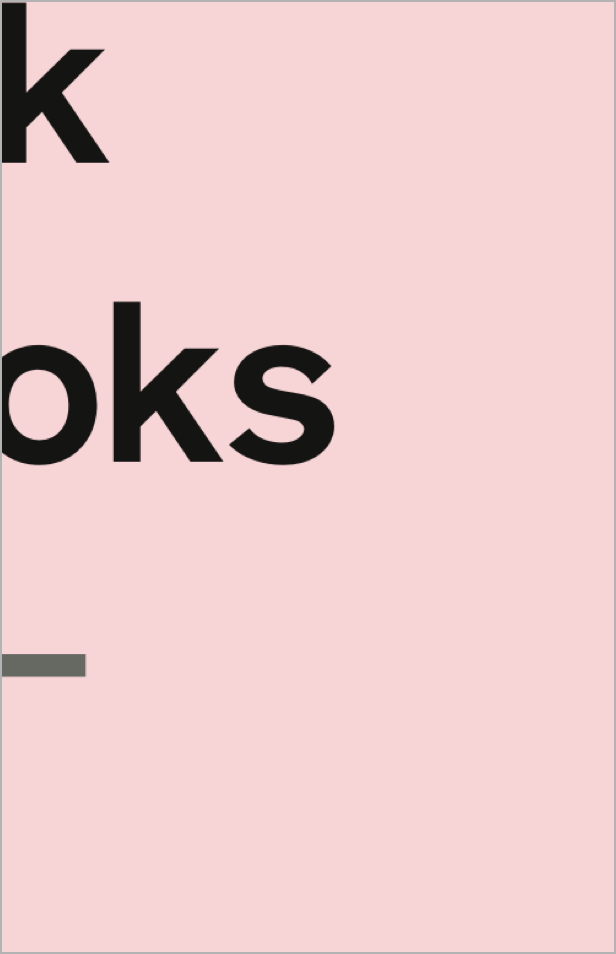 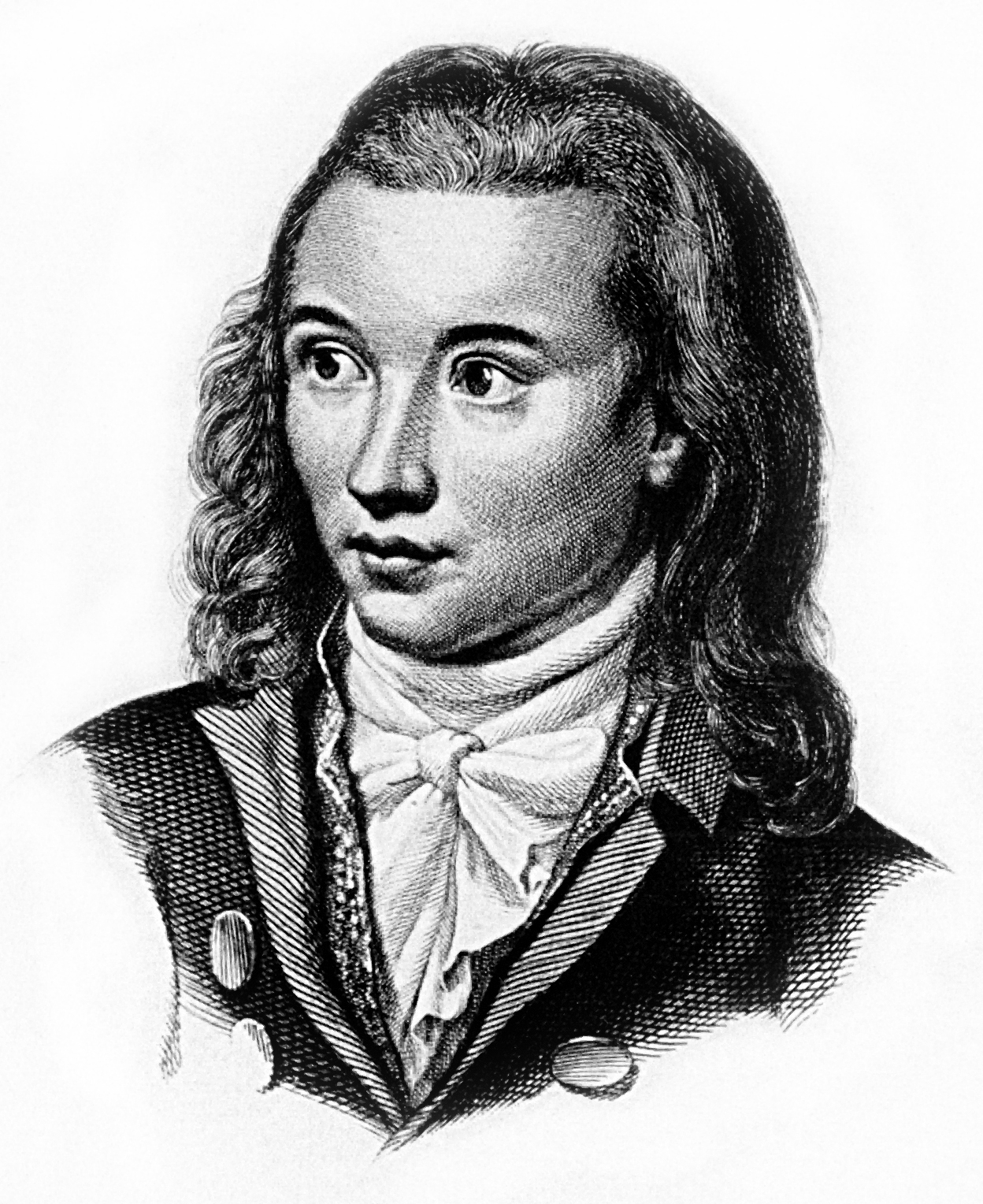 Definitions of literary value that depend upon Romanticism are probably incomplete.