AS YOU WISH
An Art Historian Reads Silicon Valley

One of the things Pamela M. Lee accomplishes in her new publication, The Glen Park Library: A Fairy Tale of Disruption (no place press, 2019), is to write in so many different ways that I will have difficulty here analyzing the book as criticism, as descriptive writing on contemporary art and technology, as an interrogation of the internet’s relationship to the law, as historiography, as a sort of beautifully irascible autofiction. The book is an experiment, and that mixing of genres and disciplines—that un-analyze-ability—is a central strategy. It is also something that I, as a reviewer, need to indicate, in no small part because Lee is a distinguished art historian and critic who maintains a position at Yale. Some might say this is the sort of book you write only after you get tenure. I say: more people should write books like this!

Here is why I like this book: it allows me to explore (i.e., to feel, to be in slowed-down contact with) forms of subjectivity that Lee has selected as exemplary of current discourse in the United States, while also providing a convincing critical reading of said habits of speech and mind. Normally, this sort of thing, the curating of contemporary subjectivities and organizing of them after a pleasing narrative fashion, is the purview of realist novels. However, The Glen Park Library, as its subtitle suggests, is a fairy tale—it’s a historically and critically minded fairy tale, but a fairy tale nonetheless, which means that it deals in fixed concepts and forms, which act a bit like magical talismans, tasks, or quests. Lee takes care to situate today’s foremost spell, “disruption,” in its awful origin text, Clayton Christensen’s 1997 business how-to bestseller, The Innovator’s Dilemma. Disruption, we discover, has lately transcended from localized metaphor to all-governing trope. In the globalized, algorithmically sorted teens, disruption is not just a business model; it’s also a sort of hero-myth, an eerie hyper-ubiquitous period style. It’s what Vladimir Propp might have termed a “function” in his 1928 proto-Structuralist classic, Morphology of the Folktale. In other words, The Glen Park Library is a book that will tell you how you are already reading, whether you like it or not, since you are reading (and living) in a space and time of discursive and technological disruption. Indeed, perhaps these two types of disruption amount to the same thing, for one will have difficulty composing a historical text in a time that has all but rejected public records and public space in favor of mountains of privately hoarded behavioral data. Lee calls this, our time, “an age of disrupted history.”

Yet Lee’s ostensible subject is, significantly, a historical event, the 2013 arrest of Ross Ulbricht at a sleepy San Francisco Public Library. Lee describes Ulbricht, who used the pseudonym the “Dread Pirate Roberts,” as the “protagonist of a dark fairy tale come true.” Ulbricht is currently serving two consecutive life sentences for his alleged role in the creation and maintenance of Silk Road, a now-defunct website that Wikipedia terms, in a flourish I can’t help repeating, “the first modern darknet market.” The controlled substances and murders your bitcoins could obtain on this Tor-enabled message board may or may not have jibed with Ulbricht’s libertarian philosophy; what truly mattered to Ulbricht, as he informed his sentencing judge in a letter, was the disruptive and liberating form of it all, “giving people the freedom to make their own choices.” “As you wish!” was the famous tagline of Westley, a.k.a. the Dread Pirate Roberts, as fans of the classic 1987 film The Princess Bride will recall.

The terms of Ulbricht’s arrest and conviction are murky, in no small part because Ulbricht maintains that he was not the one and only Dread Pirate Roberts. It was just an interchangeable name and role; Ulbricht hadn’t acted alone and wasn’t “DPR” in perpetuity. Lee makes hay with this weird fungibility, which she sees as a vacuous form of privilege (read: authority) that pervades start-up culture and contemporary society at large. The disruptor has the life cycle of a video game avatar: “Fail, die, disrupt, innovate, get born again, and repeat.” A disruptor can probably pass through the eye of a needle—unless, of course, the disruptor’s chosen live-action role-playing begins to surpass (and therefore disrupt) the traditional role of the nation state.

Still, this is a fairy tale, and Lee is not ultimately concerned with global hegemony. What she wants to get at, much like those who dealt in fairy stories in the fifteenth and sixteenth centuries in Europe, is the experiential side of the civilizing process. As Johanna Burton cogently points out in a reading of Lee’s 2013 book New Games: Postmodernism After Contemporary Art, one of Lee’s primary concerns as an art historian (and, I would argue, as a critic) is the consideration of “when certain events are able to occur and, further, when those events can be recorded, registered, or revised.” Thus, at various points in The Glen Park Library Lee clicks into strategies employed by artists Gretchen Bender, Cécile B. Evans, Josephine Pryde, Carissa Rodriguez, and Martine Syms, each of whom is seen to provide a kind of public access to forms of social life that are threatened by disruption: forms of personal affect, self-possession, and communion. Lee sees Rodriguez’s installation I’m normal. I have a garden. I’m a person (2015), with materials and photographic still lifes taken around Silicon Valley, as an ethnographic exploration the framing of daily life amid the “platformization” of everything. Can one be normal in the face of massive automated goods and labor exchanges like Airbnb and Uber? Bender, meanwhile, is the author of “librar[ies]” of earlier media hyper-saturation. Her “electronic theaters,” massive multichannel video installations of the 1980s and ’90s, offer a grammar for reading contemporary images in all their speed and variability. In these passages, the book becomes art criticism, but the description of the artworks is always in service of a larger system of resonances Lee is developing in relation to contemporary history and experience. Note that I do not write “argument”!

I should also say that one of the most interesting things about Lee as a writer, something that is present everywhere in her scholarship, is a particular persuasive tone. Even when the art object in question is immaterial or located in disparate places, it is as if the reader is turning it over directly in their hands, so carefully calibrated is Lee’s address to her putative reader. Lee is incredibly convincing and does not let up. But this is not just a matter of making a totalizing argument, one that accounts, in detailed fashion, for the interrelated activities of vast numbers of actors and markets, located across broad swaths of space and historical time. Nor is it solely a matter of understanding an artwork or artist in an exhaustive historical and material sense. Rather, Lee’s persuasiveness seems born of a far rarer tendency: a refusal to take her own position as reader/viewer/critic—and yes, expert—for granted. Many academics, steeped in poststructuralist strategies for the careful framing of institutional noblesse oblige and excessive idealism, could do well to take a page from Lee’s book. She does not merely frame her assertions as ultimately contingent but asks why this contingency matters now, how it could even be the animus behind her decision to take up a given critical concern at all.

One has the sense that Lee needs the fleetness of phrase that her new, small, green-foil-printed volume affords—and that she has also thought a bit about the format and the temporalities and audiences it entails. She’s not working with the lumbering timeframe of a university press, nor is she building a complex argument out of painstakingly researched discrete examples. What she’s doing instead is making various worlds bump up against one another. The resulting book feels internet-y and magpie-quick, yes, but it also delineates a set of correspondences between and among various artists, practices, contexts, and actors. And it makes the case for a fresh style of critical reading—one that includes writing in the (hilarious fictional) voice of someone named the “Dread Pirate Roberts,” as well as exchanging emails with a really awesome retired librarian. What I mean is, here the critic astonishes us with a simple act: She acknowledges that she, too, is a writer.

Link to the review. 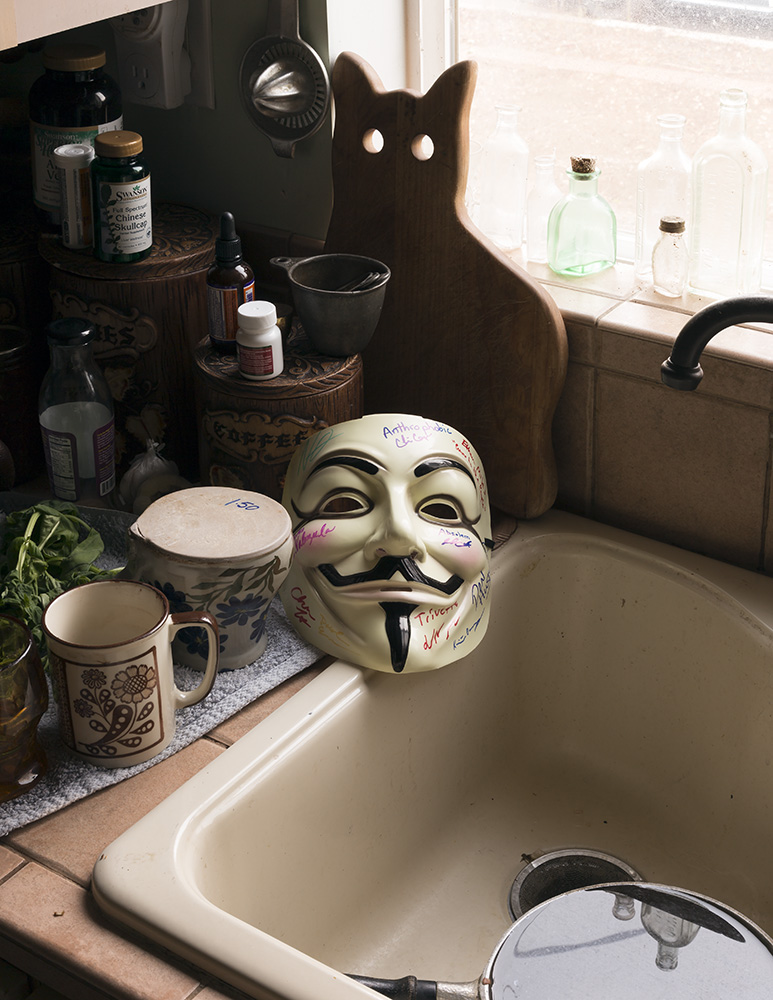