“My interest is less in making a fake protagonist who might stand in for me,” says Lucy Ives over iced coffee one hot Sunday afternoon, “than in having independent characters who produce writing.” That’s what her recently published second novel, Loudermilk: Or, The Real Poet; Or, The Origin of the World (Soft Skull Press, 2019), is mostly about: writing and mediation.

Loudermilk takes place in 2003, and centers around The Seminars, a prestigious graduate program for writers, reminiscent of the Iowa Writers’ Workshop (of which Ives is an alumna). Though the book itself is named after someone else, the novel’s protagonist is the real poet, Harry Rego, a socially awkward genius who doesn’t like the sound of his own voice—and so he almost never speaks. He writes, but not for himself, as himself. Instead he writes for his f(r)iend, Troy Augustus Loudermilk, a hunky and handsome but ultimately shallow “dude” who has scammed his way into this rarefied and esteemed MFA program. As Loudermilk makes his way through The Seminars, Harry ghostwrites his poems for him, willfully penetrating “that greenish-reddish veil through which he can see the gently pulsing backs of words, the frilled edges of sentences.” Their nemesis, a classmate of Loudermilk’s, is Anton Beans, a stereotypical “winner” who is attending the program in order to become the “best” poet there is. Another character, Clare Elwil is a second-generation writer and an overachiever from early age. She deals with her writer’s block (“Is it ok to not be working?” she asks herself, over and over again) through not writing: “Because Clare can write, as long as she does not do it.” She takes her ‘self’ out of the equation by mediation, writing and not writing at the same time.

All characters suffer from a by-proxy state throughout the book, as their separate stories intertwine around Gustave Courbet’s famous 1877 painting of a woman’s vulva, L’Origine du monde. The novel includes full poems by Harry and stories by Clare. These artworks-within-artworks feed one another and make each other stronger (and stranger), as completely autonomous, individual texts. Ives’ writers create, and she is the mediator who casts their creations into real life words.

Cigdem Asatekin (Degree Critical): After reading Loudermilk, I’ve been thinking a lot about Clare’s writing and how you can “not be yourself” when writing; or how you can just leave your past, leave everything behind and become someone else. The notion is very layered within the book. Harry is writing as Loudermilk, but then it’s you, Lucy Ives, that’s writing as Harry. Clare can’t write at first but then she can. How did it all work for you, being not yourself? Your characters are not even themselves.

Lucy Ives: I don’t know if you know the work of this German artist, Hanne Darboven, who died in 2009? There is a lot of writing in her work. She says that she writes in hopes of experiencing mediation, “so that the mediated experience might impart something to me.” She wanted to write for the experience of doing just that, instead of responding to or describing something or other. I’ve always liked novels and poetry that contain other works of art for this reason: they don’t just describe, they enact. I’ve found them very helpful. In John Irving’s novel The World According to Garp, for example, there is a weird short story about a hotel and a bear. It just doesn’t make sense. It’s a very uptight, middle-of-the-road kind of novel until you get to this short story, and it’s never explained. There is nothing in Garp’s personal history that would seem to allow him to write this short story. I’m fascinated by that inexplicable short story and, in general, by the effects of “fictional” writing. My interest is less in making a fake protagonist who might stand in for me than in having independent characters who produce writing—to think about how characterization functions in relation to media objects and the very possibility of mediation, something possibly transformative or intimidating, but maybe something that the characters want to be involved with, that might impart something to them.

By the way, someone else asked me why there is no romantic plot in this novel. Like, “Why is love not at the center of this?” I think it’s because the two writers, Clare and Harry, are so interested in writing that they really aren’t capable of love. There’s something about desire for very extreme forms of mediation of the self that may not be compatible with romantic love; or, maybe not in the way we currently imagine.

DC: You studied Poetry at the Iowa Writers’ Workshop. How was your own experience an inspiration for Loudermilk?

LI: That’s a tough question! It was something that changed the course of my life. I went there straight out of college, and I found it to be a tough place to be female. I was born in New York; I’m an East Coast person. I’d never lived in the Midwest before. I’m glad I went and spent time there, but I am also glad it was temporary. I made some good friends, and I took some interesting classes outside of the workshop, which was the place where I first read that essay by Jacques Lacan [“Logical Time”] that I talk about in the novel. I had never thought about cybernetics and game theory in that way before. This was in a class on narratology taught by David Wittenberg; it was great and really influenced my writing. However, I would say that I did not learn very much from the curriculum of the Workshop. But there were many wonderful and intelligent students there.

DC: When reading, I asked myself if Loudermilk is a sort of criticism of art schools and writing education. Does it propose another way?

LI: I hope that this novel makes the project of holding a poetry workshop a little more complicated. That’s my goal. There is nothing in the fiction of this novel that is beyond possibility.

I think writing can be taught with greater emphasis on what is merely or barely possible, rather than the actual. My experiment was to describe characters that are undertaking a scam, a kind of intrigue. It’s sort of a work of art, what they’re doing. This is one attempt on my part to think about how can institutions be places where people expand the possibilities of their imaginations as opposed to just producing things that are either good or bad, and either are published or are not published.

DC: Parts of the book, especially some of the characters, feel very familiar to me. I’ve known many Antons in my life, many professors like Don Hillary. But here’s the thing: I think the future’s still hopeful after reading Loudermilk. I know Anton all right, but I’ve never met a Harry before. There is a chance he can exist, in Iowa, among other people.

LI: I like that you say that you’ve never met a Harry before. That makes me very happy. I haven’t thought about things that way. And also perhaps the Harry type exists within, maybe mixed with, an Anton, who might be a real person, as well. You have to wonder how Clare appears to her peers in the program. They probably think she is sort of a generic woman. She doesn’t talk a lot, and they’re probably just projecting whatever they want onto her. And when other people see Harry, they tend to have very rude thoughts about him.

DC: A lot of Anton’s inner voice monologues are like that.

DC: Is your own writing process similar to Harry’s? He says that “the only way to get to the poem is to drop into a perfectly Harry-shaped shadow.”

LI: Harry’s writing process is not my own, but it’s based on what I know about some other person’s writing process. When I was getting my PhD, I spent a lot of time studying other people’s manuscripts and trying to understand how they function. It was a private project, not really for school. I would go to archives and read other people’s notebooks. Columbia University has Ted Berrigan’s notebooks and you can see in them how he constructed The Sonnets. Harry’s writing process is not the same as Berrigan’s, but it’s partially based on what I learned about how Berrigan wrote. Harry is a person who was neglected as a child and was very isolated. He developed certain practices for creating substitute kinds of presence. That’s what his poetry is about. It’s also the reason he doesn’t win the contest, doesn’t come out on top and impress everyone. He can’t actually establish that kind of relationship. He wouldn’t know how to interact with that, to receive praise and real friendship, such that this could take place. What was really important to me was to show that writing is not always about aggression (as we are sometimes taught in school, whether our teachers are conscious of this or not). Writing is sometimes about constructing kinds of relationships that are bearable. And certainly for Harry, all the things that he does with language and reading are about having relationships that are bearable. Loudermilk’s vanity, his vicissitude, his ultimate emptiness in fact allows Harry to relate to him. If Loudermilk were actually present, that would just be unbearable for Harry. Paradoxically, this awful person is the ideal person for Harry.

DC: And then in the middle of all of this, there is the amazing dream sequence: The Glass Hat Man. I’m wondering what kind of a device it could be in a piece of writing.

LI: I’m entirely willing that the book mean different things to different people. The different parts of it are designed to the extent that I believe I can design something written to mean. I think there’s a limit: You can know things on a technical level, but at the level of representation and signification there’s something happening that exceeds us.

The dream sequence has a technical function in relation to the character, Harry. By the time we make it to the dream sequence we’ve established what it means for him to write a poem, from a nuts-and-bolts point of view. How did he sit down and do that? Where did the words come from? All that. But what is his mind like when it’s at rest and he is not in control of it? What you see in that dream sequence is that there is this other who is present in the dream, the Glass Hat Man, who is this strange kind of id, another character. And that character is saying, “There’s this figure that you need to go meet.” This is a fairly literal reference to Chaucer’s poem, The House of Fame and the figure of Fame that exists there. When Harry is not in control of his mind, his ambition comes in. It was important to me to show that he does actually have ambition and is not completely passive. However it’s only in this state of ceding control to parts of his mind that he doesn’t engage with on a daily basis, that we see this. And also I just liked the Glass Hat Man. He has a glass hat. There is a Cervantes story about a delusional lawyer, who becomes convinced that he is made of glass after drinking a love potion, who has to be transported in straw so he doesn’t “break.” I’m not sure what the exact relationship is between them, but the glass lawyer is somehow part of the Glass Hat Man.

I can tell you these things about Harry’s ambition only now. But when I was writing, I just knew I needed to write that scene. I’m not that kind of writer that would say, “This novel is an allegory,” or “There is something critical about it.” I don’t really write with a sense of including encoded messages that someone might need or want to know.

Link to the interview. 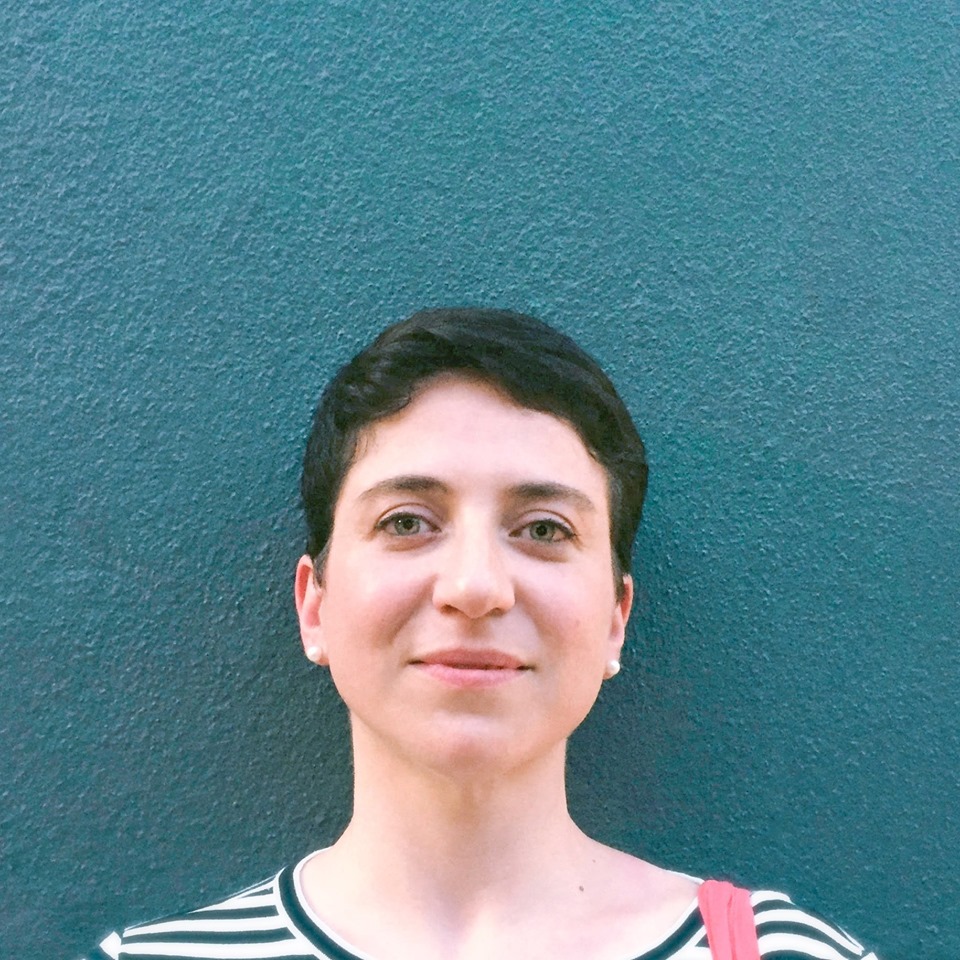