NO LESSER EMINENCE than Carl Jung declared her sane. “She seems to have learned a lot from her clash with the elves,” he wrote in a 1935 letter to Meret Oppenheim’s father. This father, himself a medical man, had to be contented. Although he had heard that his twenty-two-year-old daughter had posed nude “for those certain magazines (with whores),” he did not force her to quit Paris for the relative backwater of Basel. Hitler’s rise would be enough to accomplish that. Anti-Jewish laws soon made it impossible for Erich Alfons Oppenheim to practice, and he could no longer send rent money. The sale, in 1936, of one of Meret’s artworks to a New York museum resulted in a payment of $50 (a little over $900 in 2021 currency). It was encouraging, but it was nothing. No one could live on that.

And what of that celebrated artwork, devised in the company of the men Jung strangely termed “elves”? The rumor lingers even today that she didn’t mean to do it. It was a “fluke,” as she herself put it. She had only created it to be amusing, to play along in the clique of middle-aged avant-gardists, Surrealists, et al. whom she’d enthralled with her looks, liberated manner, and precocious linguistic gifts. She “peed in the hats of overly bombastic gentlemen on the terrace of the Dôme,” in the words of Alain Jouffroy. She smoked fat cigarettes, forcing harsh blue smoke through her delicate nostrils, reminding her new friends of a locomotive or cruise ship. The members of the elf committee, not to be outdone, grimaced and dressed up in costumes, shaving their facial hair into weird patterns. She was beguiled and occasionally responded by taking off her clothes.

It was not easy to satisfy the elves. She would leave them, but not before producing an answer to the riddle that seemed to motivate all of their glamorous, hash-fueled activities: What is woman, after all? Max Ernst, for a short time her lover, tried to solve the puzzle, using Meretlein (“Baby Meret”) as his key: WOMAN IS A WHITE MARBLE SANDWICH, he announced in an invitation to Oppenheim’s first solo exhibition in 1936 in Basel. Meretlein, for her part, made an objet of a pair of the older artist’s wife’s white shoes, which she trussed with kitchen string and festooned with a pair of ruffled paper caps, placing them soles up on a chrome platter like the legs of a roasted fowl. She titled the bundle Ma gouvernante—My Nurse—Mein Kindermädchen. Marie-Berthe Aurenche—the French painter who in 1927, aged twenty-one, had made the disastrous decision to marry Ernst—subsequently destroyed this insoluble sign of her husband’s philandering.

Oppenheim, seven years younger than Aurenche, later commented that these were the years in which she slowly became aware of the degraded status of women: “I felt as if millennia of discrimination against women were resting on my shoulders, as if embodied in my feelings of inferiority.” This recognition resulted in a series of depressions. Living in exile at her family’s home in Switzerland during World War II, Oppenheim suffered a crisis and struggled to make any art at all. She briefly became a conservator, a safe profession for an unmarried girl who liked to work with her hands.

But we have overshot the moment in early 1936 when Oppenheim fortuitously wore a fur bracelet of her own design (ocelot atop metal tubing) to a meeting with Pablo Picasso and Dora Maar at the Café de Flore. Picasso joked—referring to the unusual accessories—that you could cover anything with fur. Invited by André Breton to join a group show sometime later, Oppenheim recalled this conversation, purchasing a cup and saucer at Uniprix and appointing these, plus spoon, with leftover pieces of “Chinese gazelle.” She dubbed it Fur Cup. Breton revised: Luncheon in Fur, he proclaimed, a mash-up of Leopold von Sacher–Masoch’s novella about masochistic obsession and Édouard Manet’s painting of a sexy picnic. The Luncheon quickly caught on, developing an escape velocity that carried it to the Museum of Modern Art, where, as noted, it was cheaply snapped up by Alfred H. Barr Jr. (no dummy), rechristened Object, and featured over and over in the American press. “This Crazy World! Surrealism Is Proving Contagious,” an Illinoisan headline screamed, as if in confirmation of Walter Benjamin’s thesis regarding mechanical reproduction, published for the first time in French the same year Fur Cup was created.

Notoriety meant little to Oppenheim. She might well have been gratified by the current traveling retrospective of her work, thoughtful and completist as it is. (Now on view at the Kunstmuseum Bern, Switzerland, the show was co-curated by that institution’s director, Nina Zimmer; Natalie Dupêcher, associate curator of modern art at Houston’s Menil Collection; and Anne Umland, senior curator of painting and sculpture at the Museum of Modern Art in New York.) But she had no desire to shock crowds of confused museumgoers and disliked being famous for a single assemblage she considered, at base, a friendly stunt. Yet in spite of the artist’s reservations, something intimately hers had gone into the furred table setting—which appears sensitive to the touch, as if frilled with thousands of fine antennae. Although often mistaken by drooling critics for a canny representation of someone’s hirsute vulva, Fur Cup is in fact a holobiont, a host and its many, many coexisting guests. It is plural, symbiotic, bristling with susceptibility. It is, in this sense, a guide to survival for those who know how to look (women, among others), hidden in plain sight.

Lucy Ives is most recently the author of Cosmogony: Stories (Soft Skull Press, 2021). Her third novel, Life Is Everywhere, is forthcoming from Graywolf Press next fall.

Link to the essay.
This article appears in the print edition of Artforum, November, 2021. 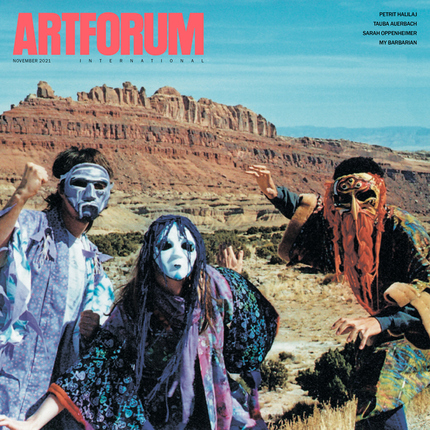 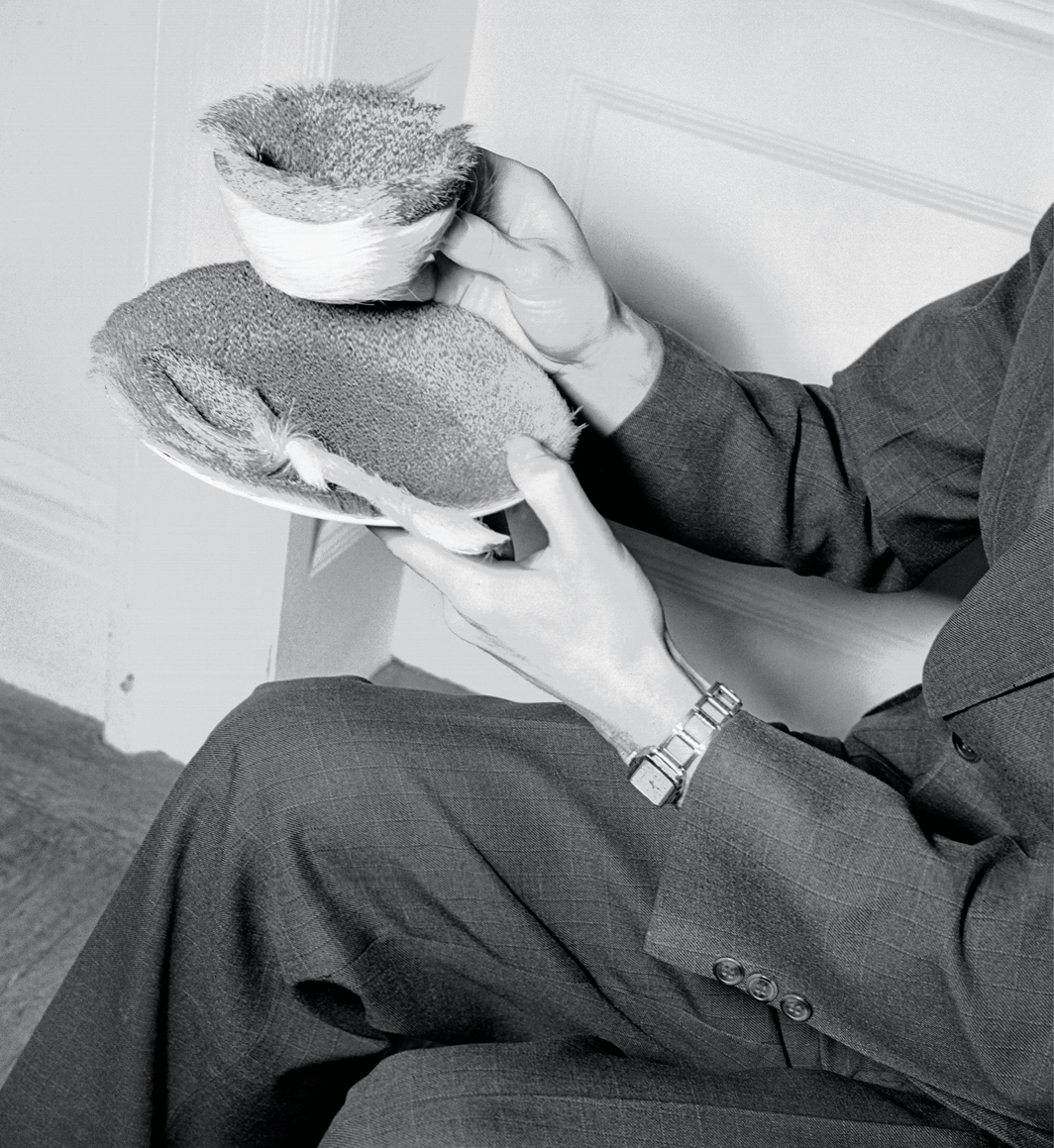 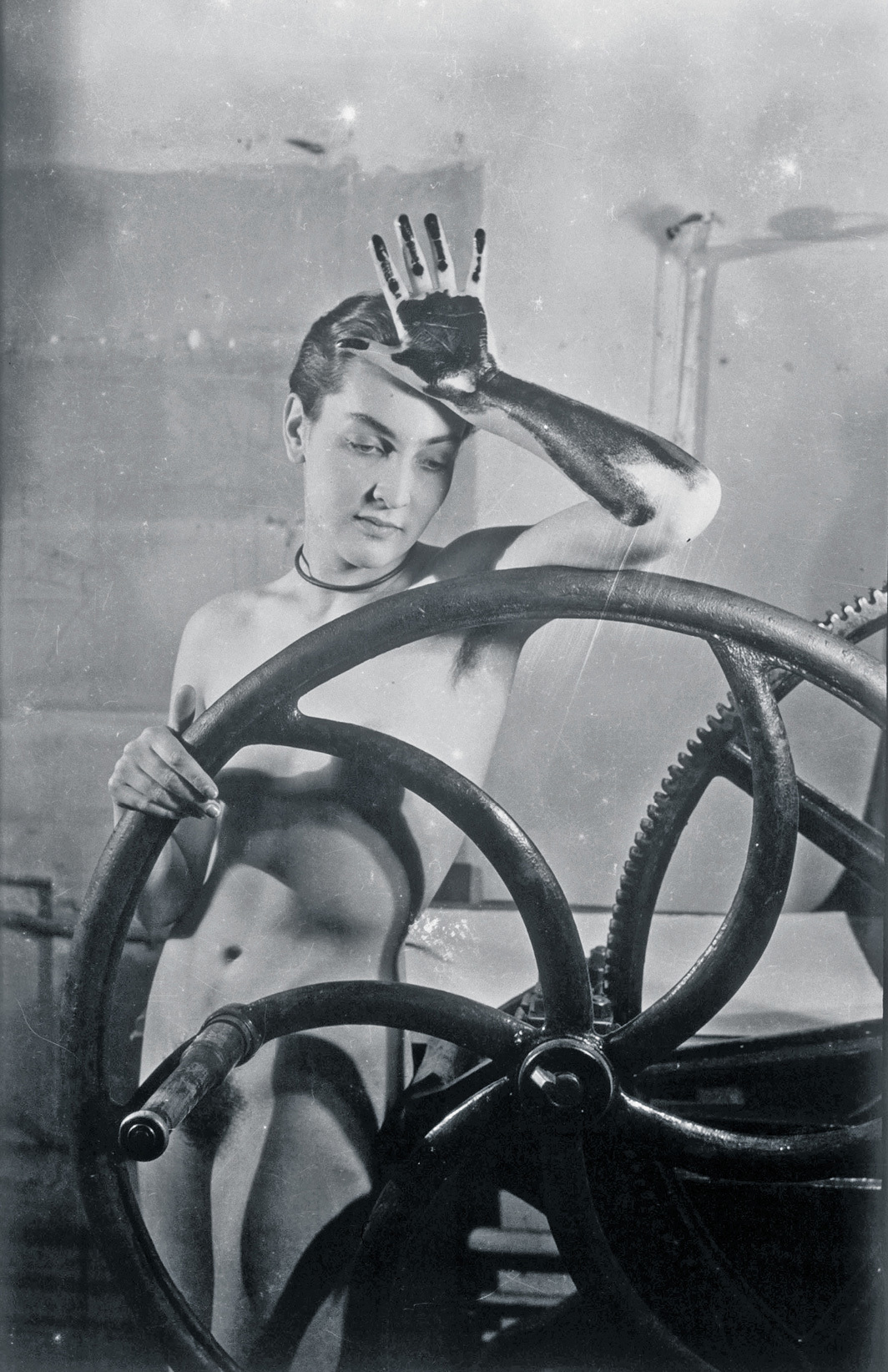